Maybe it’s because I’m a Londoner, that I love London so… Well, sometimes.

I was born in East London and lived there up until October last year, when I moved to Southend in Essex. I still go to London fairly often and love where I live but there are a few things I miss about London, other than the fact that my boyfriend and some of my friends and family live there. The biggest thing I’ve noticed with it being Winter is the darkness. London is always lit up and glows at night whereas once the sun goes down where I’m living now I’m surrounded by darkness. So much so that you can actually see the stars. That part is nice but walking home in pitch black isn’t the most fun! 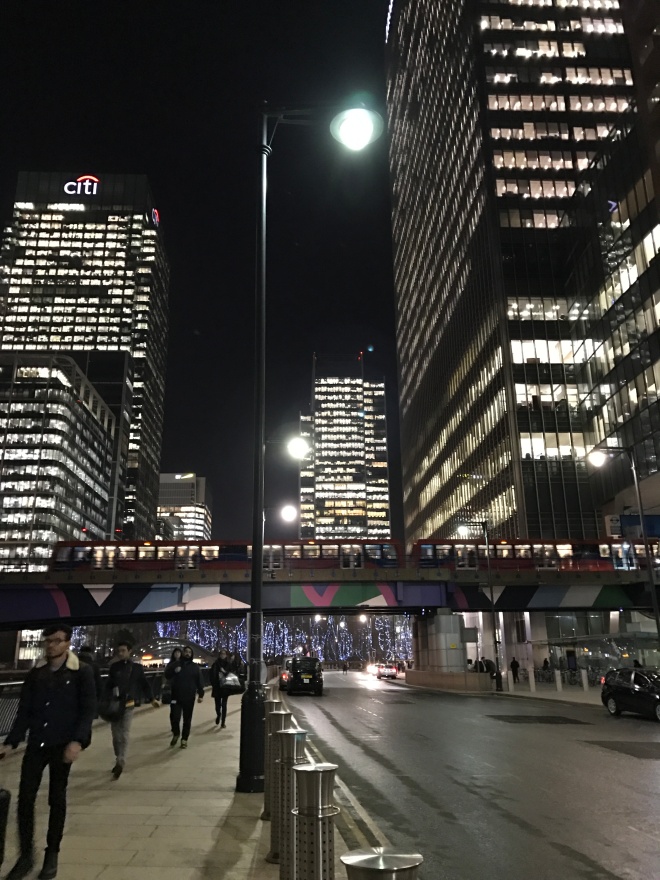 Other things I love about London along with the bright lights are the beautiful buildings, including many landmarks such as Tower Bridge, Canary Wharf and Big Ben. There’s something special about the mix of old and new and the ever changing but still recognisable skyline. I also love the eclectic variety of fashion and the sense that you can be unique but still fit in. This brings me on to the shopping opportunities. London is a shopper’s paradise and I miss being able to jump on the train to Westfield in Stratford or the West End if I fancied going further afield. It now takes me an hour to just get to where I used to live and my local high street sadly isn’t a patch on what I’m used to. They don’t even have a Zara or a Lush! It’s a similar story with restaurants and I’ve been craving Wagamama for ages. It doesn’t help that I can’t drive so most places are an hour away by train.

London may be great for visual stimulation, shopping, eating out and entertainment but not so much for space, rest, peace and quiet. As someone with anxiety I used to struggle with the noise when I was trying to sleep and the crowds practically wherever I went. My local station felt constantly like being part of the stampede scene in The Lion King and I’d feel really stressed every time I left the house. I also had lots of sleep issues putting up with less than considerate neighbours and outside noise. It seems that lots of people who live in certain parts of London want to spend their weekends partying all night when I need my sleep! It’s much quieter where I live now, although we do live near a pub and I don’t miss the noise, lack of sleep and anxious feelings at all.

Things have changed so much over the years and the London I grew up in no longer exists but at least I still have the memories and can make new ones in my new home. You also get more for your money the further out of London you go. Personally, when I eventually can afford to move out, my budget won’t stretch anywhere near towards getting what I want in London so I will more than likely stay in the Essex area. The sunsets also seem prettier here. I do like skyscrapers silhouetted against the sunset but the sun setting over the sea just pips it to the post.

I do visit London often for blog events or to see my boyfriend or friends but I get to go home to a nice, mostly peaceful place so I feel like I have the best of both worlds, even if those Wagamama cravings get too much at times. I get my Zara fix at least once a month when I go and see my boyfriend, who lives not too far from Canary Wharf. My Lush addiction may be suffering but at least I’m saving money. I’m also walking to more places and getting plenty of fresh air. I’m looking forward to summer by the sea but a little part of my heart will always live in London.

I'm a fashion, beauty and lifestyle blogger from London, living in Essex View all posts by chelseyprentice